Universities are the institutions with the highest level of trustworthiness among participants of a new study.

Puerto Ricans put their highest level of trust (80%) in universities, as shown by the new World Values Survey, more than 65 countries around the world participate in the survey, which seeks to provide scientific data about the degree of development of democracies and the values that support them.

Churches and non-profit organizations come in second and third place in terms of trustworthiness among survey participants, with 73% and 68%, respectively. They also say family is the most important aspect (94%), followed by work (70%), free time (66%), and religion (65%).

A group of Sagrado students and faculty, led by Dr. Javier Hernández, director of the Department of Business Administration, worked in the third edition conducted in Puerto Rico. The academic team was backed by the Puerto Rico Institute of Statistics. 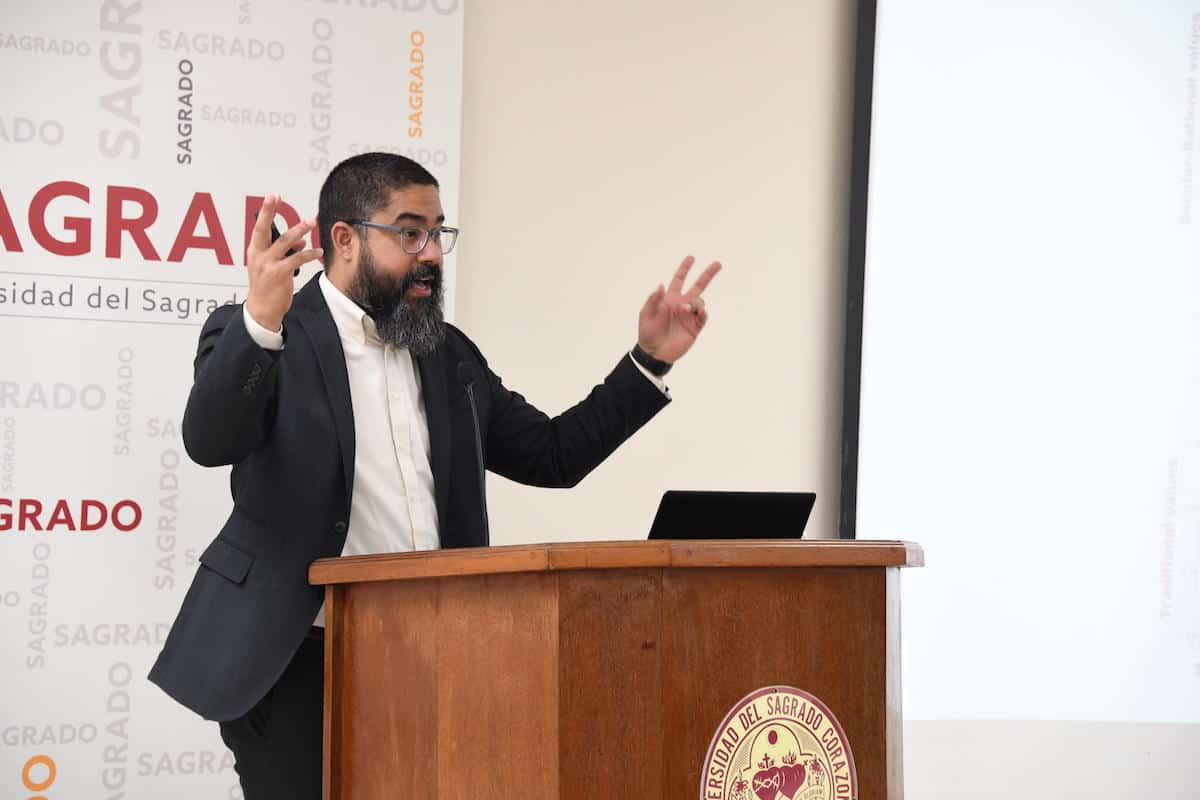 The survey, which was conducted between the months of May and November 2018, is an instrument that allows for the development of statistics about the ethical, social, economic, and political values of Puerto Ricans, as well as the value of their daily lives, their civic and government institutions, and their link with the labor world, their families, and their communities.

For Dr. Hernández, the study’s main author, the survey is a valuable tool that allows for the comparison of the results with more than 60 countries.

“This survey allows Puerto Rico to have greater visibility at the international level. The second important point is that it is a very valuable source of data that supports informed decision-making both in the public and private sector.”

One of the relevant facts of this study shows that most people in Puerto Rico (91%) considers themselves to be pretty happy or very happy. On the other hand, despite an 85% who consider their neighborhood to be safe or very safe, 71% avoids carrying too much cash and 54% do not leave their home at night as a safety precaution. Additionally, only a minority believes most people can be trusted (18%).

The study, which used a sample of 1,127 persons who represented geographic region and socioeconomic levels of the whole Island, also reveals that a majority of people have no interest whatsoever in politics (52%) and would not vote for any political party, only for independent candidates (54%). In 2001, the last time that the survey was conducted, the amount showing no interest whatsoever in politics was 28%.

“The return to Puerto Rico of the World Values Survey represents an important effort, since it allows for the continuation of the Institute of Statistics’ assignment to have Puerto Rico be part of the major global indicators. Likewise, this project represents a source of vital information that contributes to a decision-making culture based on evidence. This is valuable information regarding our values, beliefs, and political culture, among others, that is necessary to guide public policy decisions. The results of the survey have a multisectoral scope that is key for decision-making at the different government levels, in the non-governmental sector, and in academia,” said Dr. Orville M. Disdier, acting executive director of the Puerto Rico Institute of Statistics.

The Puerto Rico Institute of Statistics is an autonomous government entity entrusted with coordinating the Government’s statistical production service to ensure that the data and statistics collection systems on which public policy is based are complete, reliable, and rapidly and universally accessible.